Our first within-country alcohol adventure was when we learned all about craft beer, driving to and fro Colorado. Naturally, a stop in Denver was called for. At the time, there weren’t very many small breweries in Denver (relatively speaking). We visited CB & Potts, a small brewpub chain and went to Pints Pub in downtown. From there we headed out to the rest of Colorado. For Memorial Day weekend this year, we visited our friend Megan, who has been doing an internship in small animal medicine and surgery in Denver. We practiced our nostalgia tourism and also got to experience some new, amazing places.

Susan wisely got us a room downtown, so we could walk almost everywhere we wanted to. Our first stop was back to Pint’s Pub. Although they brew their own beer, their main claim to fame is whiskey. We remembered being unimpressed with their beer, and that was repeated on this trip. The setting was nice- we do love us some British pubs- and it reminded us of our last Denver adventure.

From there it was on to Lost Highway Brewing. Listed on Google Maps, it has apparently moved- one of our few failures navigating by Google Maps. Fortunately it was a quick jaunt to Alpine Dog Brewing, which had a truly impressive lineup. The stout and American barleywine were particular standouts.

In the evening we hit Deep Draft, which had a cozy fireplace and couch on a rainy evening. They too had a wonderful lineup, with the Belgian golden strong, coffee stout, and vanilla porter at the top of our list. 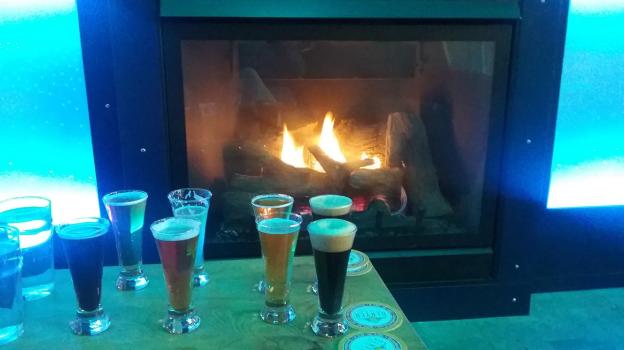 We ended up at Vine Street Brewing for dinner. They don’t accept credit cards, so if you go be prepared. The food was great and the beer even better. The tripel was so good I went back the next night for it!

On Sunday Megan guided us to the Curtis Park area where there were a couple of cideries and numerous breweries all clustered together. Stem cidery was very much my favorite- quiet, good classic ciders, and they did swing dancing once a week! C-Squared cidery had a great lineup, particularly their ginger and lavender ciders (which Susan LOVED)- and they had them bottled for off-premises consumption. 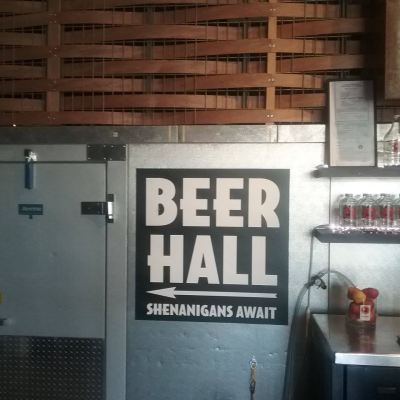 I didn’t realize that Epic Brewing is based in Denver, and going to their draft house was quite an experience. It’s difficult to pick a standout out of their lineup- they were all so impressive! We also stopped by Our Mutual Friend which had a well done difficult-to-find English Mild, and Beryl Brewing. Beryl had trivia ongoing, which wasn’t too disruptive (an impressive skill, plus we had fun playing along amongst ourselves), and also had a great lineup, particularly their barrel-aged beers. They served their tasting flights on these silver filigree platters and had amazing wall art.

On our way out of town we went again to CB Potts, which had one of Susan’s favorite hefeweizens and a really amazing blonde. Denver’s beer and cider scene has grown tremendously since our last visit, but the places we once visited are still going strong. We would recommend all of the spots we visited, and there are still even more! Hopefully on a future repeat trip… 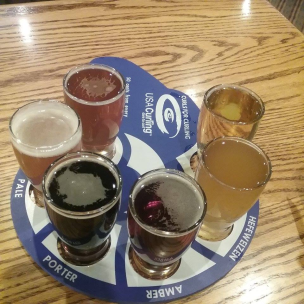