In celebration of International Woman’s Day, Susan has some things to say.

Erik and I sat in the famous (but here unnamed) Southern beach tourist town.  We’d found the one brewpub on the island, and were settling in for our usual evening of alcohol tourism.

Erik ordered for us: one light (in color) beer and one dark beer.   As far as I can remember, we were pretty boxed in to these selections; the touristy brewpub had blown most of their kegs and these were just about our only option.  As the server placed them on our table, she smiled at me and said, “Maybe he’ll let you help him with these!”.  As I was trying to figure out how to articulate to her that we’d ordered two beers because there were two of us, she continued, “You might actually like that one!”, pointing to the lighter of the two. 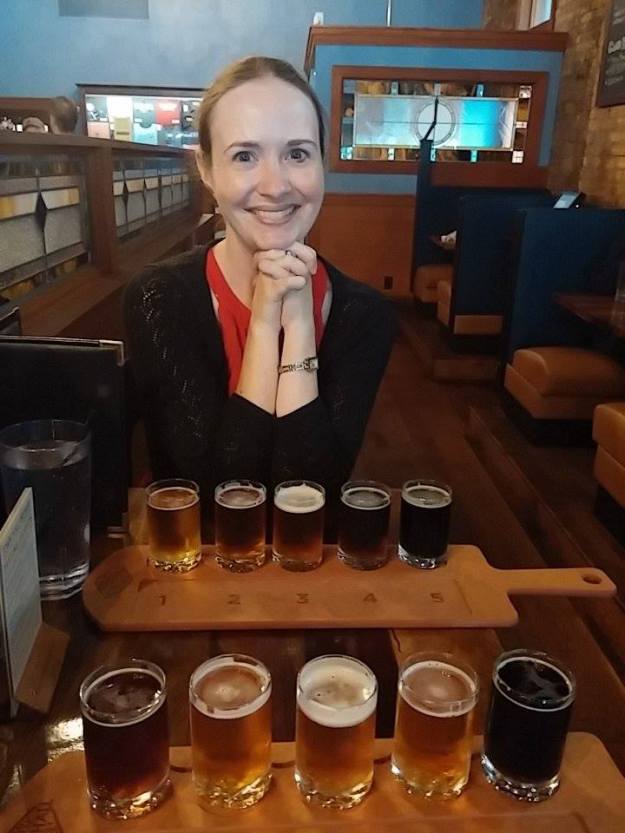 It was my first experience with the (hardly unusual, but neither universal) phenomenon that people might assume that Erik’s the stronger drinker of the two of us.  In fact, pound for pound, my tolerance is higher than Erik’s. 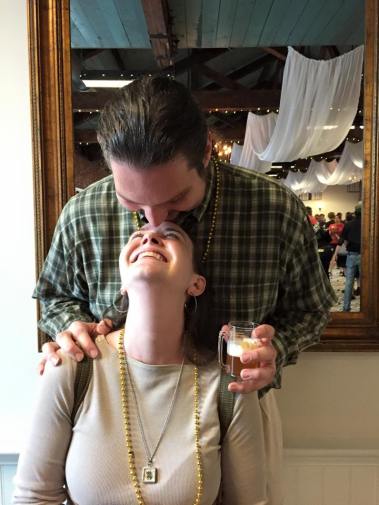 The “pound for pound” thing is pretty critical here.

Other experiences I’ve had with these assumptions:

I bought a couple four packs of wine (as part of an actual science experiment; too much to go into here).  The guy behind the counter stated, “Looks like you’re getting some great coolers here!”

At our local beer store, I picked up a bottle and turned it around to see where the brewery was located and what information about the style they had available.  An employee who happened to be passing by said, “Are you looking for nutrition facts?”

As possibly the most egregious: I attended a small brew fest in Athens without Erik.  It’s one of my favorites; the money goes to charity, and while the selection is much smaller than at Classic City Brew Fest, it’s also much less intense and is usually a pleasant experience.   This time, I approached the first booth and started asking about the styles they had available.  “How hoppy is this one?” I wanted to know.

The guy at the next booth over jumped in.  “Have you had Sam Adams?” he asked.

“Which one?” I said, confused about what on earth Sam Adams had to do with whether the beer in front of me was hoppy.

“Any of them,” he said, and proceeded to mansplain to me about craft beer and what made a beer hoppy or malty.

I picked up my sample and left.

The thing is, this guy had met me before.  We’d attended several Brewtopia events together.  The difference is, this time I was unaccompanied by my husband, who looks much like a stereotypical beer drinker than I do.  This guy saw a small woman ask about the beer in front of her and assumed she knew nothing.  This despite the Brewtopia community comprising several badass beer-drinking bitches (hi, Lupulin Ladies!).

This stereotype that I’d encountered actually led me, for a while, to order darker, stronger beers than I wanted simply to prove that I wasn’t a “girly” drinker.

But WTF is wrong with being a girly drinker?

1 thought on “Drinking as a Woman”